With unemployment near historic lows, employees have the gift of choice these days. They’re able to leave unfulfilling jobs with the confidence that they’ll find a better one. And while this is great news for employees, employers everywhere are wondering how to reduce employee turnover.

In fact, 4.4 million employees quit their jobs in February of this year alone, according to the Bureau of Labor Statistics. And while staggering, it’s not all that surprising. Many of us have emerged from the pandemic with our values reprioritized – and spending our lives in a dead-end job no longer feels good enough.

Unfortunately, the solution to employee turnover isn’t often as simple as a pay raise or more PTO. Instead, it may take some fundamental changes within your company’s culture. And while not simple, these changes will generate a significant ROI.

What is Employee Turnover

The Great Resignation is a prime example of how impactful and costly voluntary turnover can be.

Why are People Quitting Their Jobs?

In order to know how to reduce employee turnover, you need to know why people are leaving in the first place. While each company may be facing their own unique challenges, typically people quit for many of the same reasons.

A recent study by Flexjobs surveyed over 2,000 employees and found the following five top reasons people cited for quitting:

While on the surface these may all sound like separate issues, four out of the five reasons listed above are, at their core, related to company culture. So, if you haven’t reflected on your own company’s culture, it may be time for an audit.

Below are our suggestions for reducing employee turnover.

Give Authentic Recognition Often and Early

We know that employee recognition is one of the most underutilized tools for preventing employee turnover. Research from Forbes has found that companies scoring in the top 20% for their culture of recognition had turnover rates 31% lower. Another study found that 63% of employees who feel recognized are unlikely to look for a new job.

However, according to a Gallup poll, only one in three employees were recognized for their work in the last 7 days. Another report found that employees had averaged 50 days since they were last recognized.

So, while recognition works, it’s oftentimes not used – or not used correctly. 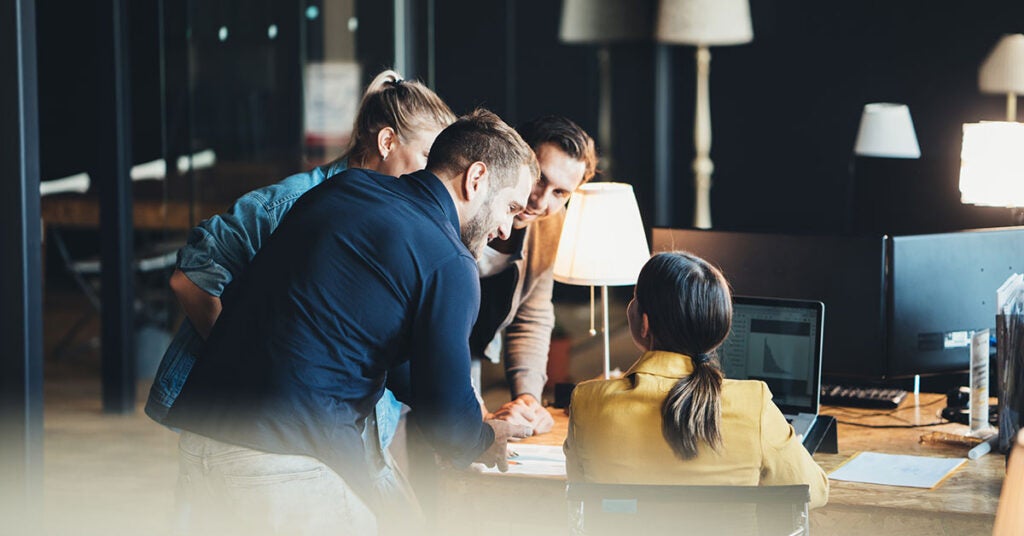 When creating an employee recognition program, it’s important to first look at your company’s unique pain points. It may be standard to give an award or recognition of some kind on an employee’s one-year anniversary, but what if the bulk of your turnover happens before the one-year mark? Your recognition plan won’t even get the chance to be impactful.

Instead, why not try a three- or six-month anniversary award? You can acknowledge how much employees have learned in their time with the company, which skills have helped them be successful so far, and create some kind of excitement for them to stay with your company.

Then, keep it up. It’s critical that recognition occurs often and consistently. In fact, a Gallup poll found that recognizing employees at least once per week is best for employee recognition. Yet, 82% of employed Americans feel that their supervisors don’t recognize them enough for their contributions.

This discrepancy can leave employees feeling unseen and unimportant. Lack of acknowledgement gives employees the time to wonder if their work matters and if they should be doing something else. This can lead to disengagement and increased employee turnover.

Instead, managers and leaders should look for reasons to recognize their employees. Even if it’s something as small as thanking someone for always being on time, it’ll make your employee feel seen and valued – and less likely to look for opportunities elsewhere.

RELATED: The Art & Science of Recognition Programs in the Workplace of the Future

“Business as usual” may be a thing of the past in many ways, but one way that’s proving to be more and more outdated is requiring 100% of workers to be in the office 100% of the time.

In a 2022 study from Pew, remote workers today feel more strongly than ever about making their arrangement permanent. 78% of people mostly working from home want to continue doing so, up from 64% in 2020.

Furthermore, a survey conducted by Upwork found that 61.9% of companies were planning for an increase in remote work now and in the following years. This same report predicted that nearly a quarter of Americans will be working remotely by the year 2025.

This means, if your employees want remote options and you’re not offering them, chances are they can find somewhere else that is.

According to research by Forbes, 91% of people feel they have a better work-life balance with remote work. Which, if you recall, was a separate reason people cited for quitting other than “not allowing remote work.” Meaning, remote or hybrid work could potentially help cure two of your company’s ailments.

If your company can’t offer remote work, see if there are ways to incorporate that need for better work/life balance in other ways. For example, see if you notice employees regularly working through lunch, sending emails in the evening, or not using any PTO.

Help combat brewing burnout by setting an example. Company culture is determined from the top down. So be sure you have a healthy work/life balance and encourage others to do the same. Remind your employees to unplug at the end of the day and don't send emails after hours.

Be careful about who you promote as well. If chronic over-workers are the ones who are "getting ahead," think about the message that sends to other employees.

As the second biggest reason employees cited for quitting their jobs, this isn’t a topic to overlook.

While pay raises can be tricky for struggling companies, profitable organizations may need to reconsider their compensation plans. It’s an unfortunate truth that even if your company culture is thriving, if your employees can’t live comfortably off their paychecks, you’re risking losing them. And in times with surging inflation, the strain can be even tougher.

Furthermore, job switching has shown to be an effective raise solution too. In fact, one survey found that 49% of people who switched jobs during the pandemic received a 10% or more pay increase. It also found that 62% of people are concerned that their salary won't keep pace with inflation.

First, keep in mind that not all of your employees will ask for a raise directly (and women are noticeably less likely to ask for a raise than men). So, pay attention to indirect signs that your employee is looking for a raise. This may look like them mentioning how hard they’ve been working lately or how a recruiter reached out to them.

Instead of waiting for an annual review or bonus season, leaders should take the opportunity to prevent voluntary turnover by proactively addressing salary negotiations now. Waiting for employees to open the discussion just leaves the door open for them to take a better offer.

If you can’t offer your employees a raise due to the limitations of the position, consider talking to your employee about advancing their career in a new role within the company. This can help show your employee that’d you’d like to invest in them over the long term.

While some of these steps will take time to develop, one way to get started is with an employee recognition platform like Terryberry’s.

Whether you need performance and incentive rewards or a social recognition platform, we've got you covered. Schedule a demo with our team to see how Terryberry can transform engagement and recognition at your company.