Is there a difference between receiving a “reward” for doing something good, or receiving an “award” as recognition for an accomplishment?  Or different yet, receiving a “prize” for performance in a competition or contest of chance.
Many times people think these are all interchangeable terms. Let’s start with basic definitions (Source: Webster’s): 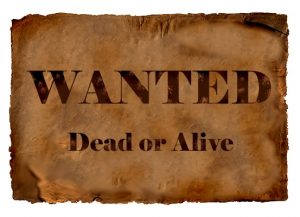 Remember the old “Wanted – Dead or Alive” sign?  The reward for producing said person, no matter their state of “aliveness”, was typically some amount of cash.  In other words, “you’ve done a particular thing that we wanted done – here is your reward, for retroactive work”.  A reward is more in line with compensation, than it is with recognition.  It’s not bad, but it’s the natural and expected outcome of completing a specific task.
Have you ever gone to the county fair, or a carnival?  Throwing rings over bottles, trying to throw a ball into a hole that is technically big enough, but basically impossible to throw a ball into?  How about the Ping Pong ball into a fish bowl game?  These are games of chance, and let’s face it, your skill level doesn’t have much to do with your success (although I was pretty solid last year throwing footballs through a hoop, where I won a giant stuffed animal for my 5 year old – can you say H-E-R-O?).  Sometimes you’re better lucky than good. When you are lucky, you win a “prize”.  Game of chance – not the expected outcome, but a hope related to luck.

An Award is altogether different.

An award is recognition for being excellent at something, or for doing something that is admired.  Receiving an “award” for one of these things strokes the soul.  It warms the heart.  It psychologically stimulates the brain and lets it know that it felt good to do that “thing”, and it should do that “thing” more often.  In the recognition business, we consult our clients that people cannot be recognized too much or too often for their accomplishments.  Having a “formal” recognition program in place guarantees that you are touching people at milestones (service anniversaries), while “Informal” and “Day to Day” recognition programs create more frequent opportunities to reinforce the ABC’s (attitudes, behaviors, and contributions) that you most want repeated in your business.
So, is there a difference between rewards, prizes, and awards?  Absolutely and there is a place for all of them in today’s workplace.  However, only one of them will reinforce behaviors that you want repeated to drive your business and culture forward.

Scott VanderLeek is the National Sales Manager for Terryberry, a global provider of employee recognition solutions. Other claims to fame include surviving a train crash and his budding career as a movie extra.
svanderleek@terryberry.com