It’s virtually a law of nature that each new generation will come up with language unique to them. As new generations face unique challenges, language becomes a way to create their own identity. And while the younger people “get it,” the rest of us are left confused. So, if you’ve never heard of “quiet quitting,” “lying flat,” or the anti-work movement, don’t worry, you’re not alone.

But if you’re a business leader, these are a few Gen Z terms you should become familiar with.

What is Quiet Quitting?

Quiet quitting is a term, popularised via TikTok, that essentially means doing only the bare minimum for your job. It does not involve actually quitting. Instead, the idea is to quit taking on extra work without some form of extra compensation. It’s a rebellion against the hustle culture and the idea that your work is your life.

Other terms used to describe the sentiment are boundary setting, meeting expectations, and work-to-rule.

What may be the most surprising element to this trend is where it originated. Last year, a wave of young workers in China began a trend called “lying flat.” As a social protest to China’s traditionally work-first culture, the Chinese Gen Z have begun to re-evaluate these priorities. This has led many to do the bare minimum at work, or resign completely. In fact, the Gen Z unemployment rate is at nearly 20% - close to double what it is in the UK.

Both concepts are facets of what’s being called the “anti-work movement.” Originating in the early 2010s on the internet forum Reddit, the anti-work movement believes that many of today’s jobs are unnecessary. They feel today’s labour market enforces wage slavery and deprives people of their full potential. The forum also states that the point of anti-work is to “problematise work as we know it today.”

Instead, anti-workers believe people should only work as much as needed, rather than working more to produce an excess of goods or capital.

Why Are People Quiet Quitting Now?

A clear contributor to this movement was the pandemic. It’s no coincidence that during a traumatic and volatile time in the world, people’s values shifted as a result. Especially values regarding where to spend our time and energy.

Many people have emerged from their lockdowns with a visceral feeling that life is short and not to be wasted. It’s led people everywhere to begin questioning if what they do for a living is “worth it.” And The Great Resignation flame was ignited.

With 1.3 million vacant jobs at the end of March 2022, it’s clear that there has been a seismic shift in the British workforce. There’s a rift now between employer and employee that doesn’t seem to be mending.

The Rise of Burnout

In March of 2022, the WHO reported a 25% worldwide increase in anxiety and depression. And, according to research by Indeed, 52% of workers say they're feeling burned out. While staggering, these numbers aren’t particularly surprising.

The retail and service industries are prime examples. Two years ago, many service industry jobs were regarded as essential. Communities across the globe were uniting to thank those in a once thankless job. But now, after two years, that hero sentiment has disappeared and suddenly “we’re hiring” signs are ubiquitous.

Unfortunately, many companies have required employees to maintain a certain level of productivity while the world around them was uncertain – often while offering nothing in return. Employee patience was bound to wear thin, and fatigue was bound to set in. Quiet quitting, then, isn’t a particularly surprising response.

But it’s not too late for companies to combat quiet quitting, possibly before it even starts. 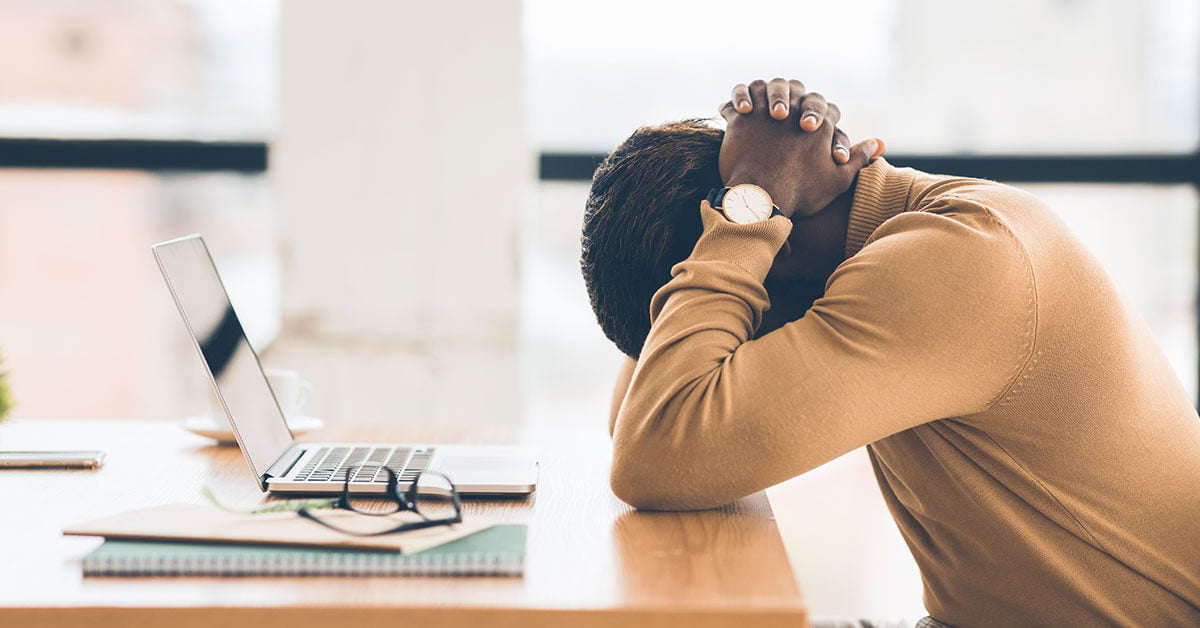 How Companies Can Combat Quiet Quitting

At the heart of the quiet quitting movement is an engagement issue. Both quiet quitters and disengaged employees generally dislike their jobs and perform the bare minimum of their work responsibilities. While the causes for disengagement may range, the outcome is the same for companies.

Here’s how to start re-engaging your team.

Build a Culture of Recognition

When it comes to engaging your employees, recognition is a must. Recognition programs were once considered a “nice-to-have” offering, but today is a necessity for employee engagement and retention.

Recognition has been found to motivate employees while providing a sense of accomplishment and appreciation.

So much so, research has found that when employees believe they’ll be recognised for their work, they’re 2.7 times more likely to be highly engaged. Great Place to Work found that the single most important driver for employees to do great work is employee recognition.

Other studies have found that employee engagement, productivity, and customer service are about 14% higher where recognition occurs compared to where it doesn’t.

Yet many organisations are still missing this opportunity. According to a Gallup analysis, only one in three workers strongly agree that they received recognition or praise for their work in the past seven days. Furthermore, employees who don’t feel adequately recognised are twice as likely to say they'll quit in the next year.

While unfortunate, this response makes sense. When an employee feels that they’re contributing their best work, but it’s routinely ignored, it begs the question - why continue?

Instead, organisations should establish a recognition strategy that’s built into the culture of the company. Here are a few ways to ensure your recognition is meaningful and impactful.

Give Specific and Authentic Recognition Often

While a simple thank you never hurts, it’s not particularly meaningful on its own. Instead, take a moment to consider what this employee did and acknowledge it specifically. Thank them for it and tell them how it benefited the bigger picture. Chances are that your employee will feel appreciated and will want to go above and beyond again in the future.

Take a Genuine Interest in Your People

Ask your employees about what TV shows they’re watching, what hobbies they enjoy, or where they’re going on holiday. The point is to take an interest in your team as whole people, not just employees.

In doing this, you may also find that someone is going through a difficult time in their personal life. Knowing this will allow you to give more patience and understanding, which will show your employees that you see them as more than workers.

Invest in a Recognition Program

If you have an employee recognition budget in place, consider investing in a recognition program. There are all kinds of programs available to help build recognition into your company’s culture. Ours is the Terryberry 360 platform.

The Terryberry 360 Recognition Platform offers a comprehensive solution that can host your recognition efforts, including milestone and service awards, peer-to-peer social recognition, feedback and communication, and employee benefits.

This platform is a great way to help build engagement by empowering employees (as well as leaders) to recognise each other.

Pay People What They’re Worth

In the same vein as social recognition, paying your employees what they’re worth is a critical aspect of showing your team that you appreciate them.

Quiet quitters are keenly aware of leaders who ask for free labour and they’re not falling for it. Think of the last time an employee left your company. Who picked up the slack? For how long did they take on extra responsibilities? Did you pay them for their extra work?

Also consider inflation and rising costs of living. Are your annual raises keeping up? If not, your employees have noticed and likely don’t feel encouraged to put in any extra effort.

Furthermore, Millennials and Gen Zers aren’t afraid to job hop to get what they want. In fact, one survey found that 49% of people who switched jobs during the pandemic received a 10% or more pay increase.

So, while a well thought out thank you is important, so is financial compensation. Companies who want an engaged workforce need to offer their team both.

Additionally, if your company doesn’t offer a wellness program, it may be time to start. In fact, a Gallup poll asked employees what they look for most in an employer. They found that employees of all generations ranked "the organisation cares about employees' wellbeing" in their top three priorities. But for millennials and Generation Z, it's their No. 1 workplace want.

Given the past two years, this priority shift isn’t a total surprise. Research shows that employees’ daily stress levels jumped 57% in 2020. It’d be easy for leaders to dismiss this number as a pandemic-driven outlier. But to do so would be to miss the point.

The point is that work and life don’t exist in isolation. When your employees are stressed, unhappy, or burned out, regardless of the source, it affects their work.

A company that genuinely cares about the wellbeing of their employees needs to offer a program that encompasses more than just the occasional physical wellness challenge.

Instead, companies need to shift their perception of wellness to a more holistic view – starting with company culture.

If the office environment itself fosters stress and burnout, a wellness program is destined to fail. So first, audit your culture before committing to a wellness program. Consider sending pulse surveys to get a clear understanding of where employees’ starting point is and work towards fixing exiting issues.

Then, when starting a wellness program, be sure it supports the five pillars of wellbeing: career, social, financial, physical, and community.

In short, career wellbeing is liking what you do everyday at work. To foster career wellness, companies should ensure they’re giving their employees what they want. This includes offering a career development path.

Social wellbeing is having meaningful friendships. Companies can support social wellbeing by hosting events that give people the chance to connect. Consider holding these events during office hours as well to ensure people can attend.

As much of the world is still hybrid, these events can easily be virtual. They can be work-related or purely for fun teambuilding. Either way, connecting team members will help build social wellbeing.

Think of financial wellbeing as your employees having enough money for the things that are important to them. And while it’s by no means an employer’s responsibility to ensure employees are financially responsible, companies can help lay a groundwork for their employees’ financial success.

As mentioned earlier, paying a fair wage is important. But going further, companies can offer resources for helping employees manage their money. Consider offering a free consultation with a financial advisor or resources for a better understanding of their finances.

Most companies know this aspect of wellness well and focus mostly here. But it’s important that a wellness program emphasises all aspects to be effective. In fact, employees thriving in all areas of wellness are 36% more likely to report a full recovery after an illness, injury, or hardship versus those thriving in only physical wellbeing.

But still, healthier choices can be simple for companies to offer. Consider offering produce in the cafeteria, walking meetings, or company-hosted exercise classes.

Community wellbeing is about supporting the area where you live. In a hybrid world, employees may be scattered across the country or even the globe. Still, this is a great opportunity for leaders to stay aware of issues affecting the areas where their team is located and to get involved where appropriate.

This could mean donating to organisations, partnering with another organisation to host an event, or offering team members various types of resources. This can help generate awareness and engagement while showing your employees support.

As Gen Zers continue to enter the workforce, we will continue to see calls for leaders to rethink the status quo. Without making conscious efforts to adapt to employees’ changing priorities, leaders are risking a quiet quitting culture. But leaders who show genuine recognition, an emphasis on holistic wellness, along with a fair wage will be the companies who have thriving, engaged teams.

Interested in learning more about how your company can benefit from a recognition program? Schedule a demo of Terryberry's 360 Recognition Platform today.